Knighthawk Digital Entertainment Group (Knighthawk DEG) is a digital content creator for today’s audiences. With the diversity of distribution in today’s marketplace, Knighthawk develops and creates quality properties for use in games, feature films, podcasts, television and new media to delight, amuse and entertain consumers worldwide.

LOS ANGELES (July 2020) – Award-winning Broadway, film, and television actor and advocate for the blind, Rena Strober, is thrilled to announce the August 28 release of her new family album, Imagine That! The Sesame Street Music of Joe Raposo & Jeff Moss.

These iconic songs inspire decades of fond memories, yet are as engaging as ever for new little ears. They deserve the luxury treatment they get from this wildly talented, top-of-their-game team coming together to put on a classy show filled with a cheerful Broadway sense of style.

The many facets of this project coalesced via the trio of Fred Mollin, William “Chip” Beaman of Knighthawk Digital Entertainment Group, and the extraordinary vision of Broadway singer/producer Rena Strober, who says, “What the world needs now, more than ever, is the music of Sesame Street. We need to be reminded that being kind is simple and being ‘different’ is beautiful. No matter what your abilities or disabilities, if you ‘Believe in Yourself,’ you can do anything!”

Producer Fred Mollin (Rita Wilson, Linda Ronstadt, Lyle Lovett, Billy Joel, Steve Webb, and many others) has shaped Imagine That! The Sesame Street Music of Joe Raposo & Jeff Moss with sensitivity and skill to create an overall powerful unity of sound, style, and concept, with each track basking in the strength of its own completeness.

“Fred and I just poured over all the Joe Raposo and Jeff Moss songbooks,” continues Rena Strober, “We wanted to find all the lyrics about human kindness, the music that brought us total joy, and the ideal showcase pieces for my special guests. As soon as I heard ‘I’m an Aardvark,’ for example, I knew I wanted Jason Alexander to sing it! I also wanted songs that, when sung by my blind friends, would mean more than when they were sung by anyone else.”

Upon speaking with Rena, whom I have known for many years, I realized that her drive, her passion, and her innate desire to be a supporting voice, especially to the blind community, is what we needed,” said William “Chip” Beaman, CEO of Knighthawk Digital Entertainment Group. “Later, when she proposed producing this album, she didn’t ask “how can we do this?” She said “I’m doing this. The world needs this. My daughter needs this.” I knew nothing would get in the way of her bringing such an amazing album to light”. He added “Knighthawk DEG is truly honored to assist in the creation of this album and to support two worthy charities – Gavin’s Groupies and Guide Dogs of America“.

Highlights include Rena Strober’s exquisite vocals on “Imagine That!,” “I Don’t Want to Live on the Moon,” “Being Green,” “Sing,” “To Love a Child,” and “Imagination,” which show off her delightful storytelling charm. French Stewart and Jason Alexander bring their adorable humor to “I’m Pretty/I’m an Aardvark,” while Rena Strober and Jason Alexander make a perfect boy/girl duet of “Candy Hearts and Paper Flowers.” DOTZ, The Blind Children’s Choir shines on “Sing,” “Believe in Yourself,” “What Makes Music?,” “One Small Voice,” and “To Love a Child,” and Cristina Jones, Rena Strober, and Michael-Leon Wooley offer a rousing rendition of “High Middle Low,” enhanced in this version by musical saw, washboard, plectrum banjo, and tuba!

“My family and I were thrilled to work with Rena Strober to bring this wonderful album to life. My father dedicated his life to respecting and nurturing all children, of every ability and heritage, everywhere.”

Imagine That! The Sesame Street Music of Joe Raposo & Jeff Moss is being released in celebration of National Guide Dog Month in September. A portion of the proceeds from all digital and hard copy sales of the album will go to Guide Dogs of America and the Gavin R. Stevens Foundation, whose mission is to find a treatment and cure for blindness, focusing on Leber’s Congenital Amaurosis (LCA).

Knighthawk Digital Entertainment Creative Director, Rena Strober is an actor/singer/educator/advocate for the blind, known for her Broadway performances (Cosette in Les Miserables) and TV and film credits, as well as an extensive list of animated roles in cartoons and video games. Most kids know her from her recurring role on Disney’s Liv & Maddie, and parents might recognize her from TV shows like VEEP and Shameless. Rena taught singing for five years at The Academy of Music for the Blind in Reseda, CA and continues to teach voice lessons to blind and sighted children in her Los Angeles home. She cites theatrical and musical influences as varied as Alan Menken, Stephen Sondheim, Jim Henson, Mel Brooks, Sid Caesar, Madeline Kahn, Carol Burnett, Gilda Radner, The Barry Sisters, and writers Terrence McNally and Wendy Wasserstein. Rena, the proud mother of three-year-old Isadora “Izzy” Rose, says, “My biggest job is making sure I raise a strong and kind daughter.”

Imagine That! The Sesame Street Music of Joe Raposo & Jeff Moss will be available at renastrober.bandcamp.com and at all major online outlets. 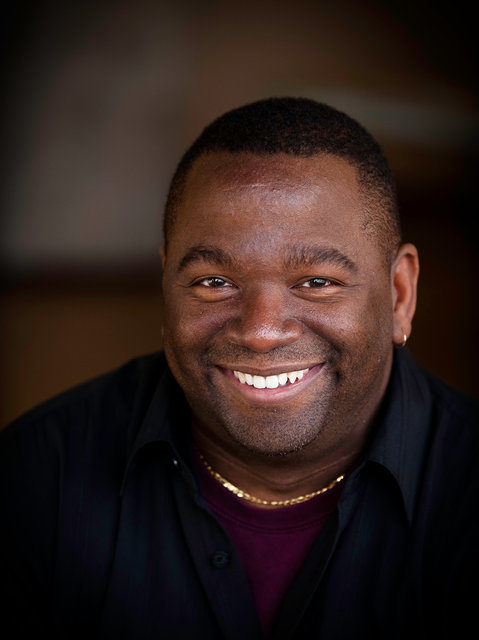 William “Chip” Beaman is founder and CEO of Knighthawk Digital Entertainment Group, a content creator for today’s audiences. An entertainment veteran with over 30 years of experience and expertise in finding high caliber and creative teams to pair with innovative creators, Chip truly loves the creative process and it shows. Chip began his career in 1995 conceptualizing and producing live shows and private events in New York when he launched and operated his own entrepreneurial endeavor, Knighthawk Enterprises, Inc., a successful multi-faceted entertainment services corporation. Most recently, Chip served as the VP for Formosa Group’s Interactive Division for five years, overseeing the audio and VO production of some of the interactive industry’s most well-known titles. Prior to his time at Formosa, he spent nearly a decade as a manager of the voiceover and talent services department negotiating celebrity talent deals at Soundelux Design Music Group, an award-winning post production facility in Hollywood. Building strong internal teams, sourcing quality external resources, and identifying as well as promoting ground-breaking leading edge content, he also produced multi-million dollar interactive video games for Disney Interactive, THQ, and many others for over 10 years. Since then, he has amassed years of management and negotiating experience coupled with deep entertainment industry relationships.Some notable projects include Uncharted, Zelda: Breath of the Wild, Mass Effect: Andromeda, Metal Gear Solid series, the God of War series, Final Fantasy XIV, Assassin's Creed, Lost Planet, Call of Duty series, Halo 2 Anniversary, Star Wars: The Old Republic and The Last of Us. Chip is a regular contributor at the SAG-AFTRA Interactive Media negotiations, representing management. He has been a panelist at GameSoundCon and GDC in San Francisco as well as a guest speaker at various recording studios and workshops in Los Angeles.He is a member of the International Game Developers Association & The Academy of Interactive Arts and Sciences.Chip serves as co-chairman of GVAC (G.A.N.G. Voice Actor Coalition), a professional branch of the Game Audio Network Guild, where, for nearly a decade,he has aided in developing policy and evangelizing the unique needs and issues surrounding professional dialog production.He was awarded the GANG Distinguished Service Award at the 2009 GANG Awards. He currently lives in Los Angeles with his wife of 18 years, Denise and his dog, Ragoo 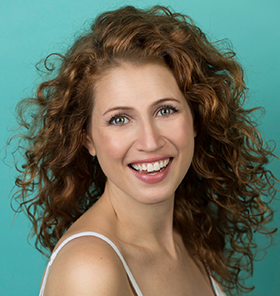 Rena Strober is Creative Director of Knighthawk Digital Entertainment Group, a content creator for today’s audiences. An accomplished actor, producer, writer and teacher, Rena has celebrated over 20 years in the entertainment industry. Her diversity within the industry affords her a unique viewpoint for the company. Rena has produced extensively both for stage and screen. She wrote and produced her debut one-woman show Off-Broadway and has produced another three solo shows in the past few years. She began her professional acting career in New York where she appeared on Broadway in the Tony Award-winning show Les Miserables. She spent over a decade singing on and off Broadway as well as on multiple national Broadway tours. Her stunning voice has allowed her to sing on some of the city’s greatest stages including Lincoln Center, Town Hall, and even home plate at Shea Stadium. In 2010, she moved to Los Angeles to expand her work on her voice-over career after getting deeply involved in the animation scene in New York. She now appears on multiple cartoons for Disney, Netflix, Mattel, and Sony. She has voiced hundreds of roles for video games for such leading companies as Nintendo, SEGA, PlayStation and more. Additionally, Rena has done various on-camera work, including as a recurring guest star on Disney Channel’s “Liv & Maddie” and Nickelodeon’s “Nicky, Ricky, Dicky & Dawn.” She has also guest-starred on such award-winning network shows as “VEEP,” “Shameless,” “Big Bang Theory”, and “Law & Order: Criminal Intent.” One of her many passions is working with the Academy of Music for the Blind where she teaches voice to blind children ages 4 – 18 years old as well as produces PSAs, concerts, and fundraisers for the school. She currently lives in Los Angeles with her partner Jon Weinberg and their beautiful daughter, Isadora.